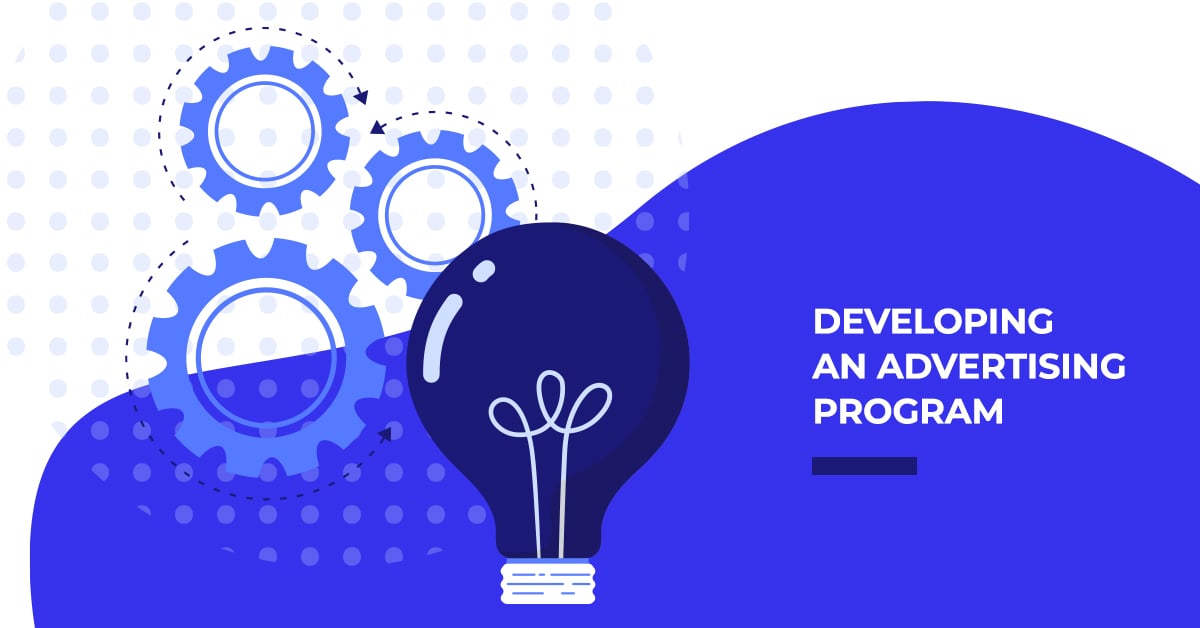 When you have an amazing product or a great service, you need to let people know about it⁠—by advertising. But what steps are actually involved in creating a comprehensive advertising plan? There are three main components to the process: developing, executing and evaluating. Through a series of blogs, we are going to explore each of the three components, and break them down, hopefully demystifying the process a bit. We’ll start with developing the advertising program, which itself has six major facets.

In order to develop an effective advertising program, it is imperative to identify the target audience. The demographics and characteristics of the ideal consumer will impact decisions across the board—everything from where and when you advertise, to what words and images you use in that advertising.

Setting objectives—such as awareness, interest, evaluation, trial or adoption—helps steer businesses toward choices such as selecting a media form or evaluating a campaign.

Advertising represents a significant financial commitment and needs to be part of a formalized budgeting process. One method of making decisions regarding an advertising budget is to use the objective and task method, which has the company allocating money to its marketing budget based on specific objectives, instead of basing the marketing budget on sales revenues or projections alone. Alternatively, businesses may opt to use the competitive parity method. This approach is used when an advertiser decides the advertising budget based on what competitors are spending.

Advertising messaging generally focuses on the product or service’s key benefits that have been identified during testing as being most important to the target market. The content of the advertisement consists of both informational and persuasive components, often woven together in a way that makes it difficult to identify individual elements of the ad. While there are many different appeals an advertisement can make, the three most common are fear appeals, sex appeals and humorous appeals.

Examples of advertising missing the mark can be found here, here and here, as well as countless other places. No matter which appeal an advertiser chooses, it’s important to consider all the angles and perspectives, to make sure the ad will be received in the manner in which it was intended.

Once the type of appeal has been decided, an advertiser still has to create the actual message.Translating the ideas and concepts of the advertising team into an actual advertisement is a complicated process that involves many different moving parts, and the cooperation of many different people, including designers, content writers and artists. Layout and production costs must be considered, as well as user experience.

There are many different options when it comes to advertisement placement. Different types of products and different objectives may make one medium more attractive than another. Cost is a consideration as well. While there are a wealth of options, the internet, television and direct mail together comprise more than 75 percent of advertising dollar expenditures. Direct mail allows advertisers to be highly selective in targeting segments of the population, but there is a high cost per contact. Television is also expensive, but can reach an extremely large audience. The internet is cost effective, and its advertising message and reach can be constantly adjusted for optimal performance. Because internet advertising is also interactive, the rich media format is also another advantage to using the internet for advertising. When mobile marketing is included, internet advertising really becomes a standout option for businesses.

While there is no one foolproof formula for scheduling advertising, there are three important considerations that must be taken into account when creating the schedule. They are:

Based on this data, most companies will select one of three basic scheduling methods. They are:

Developing an advertising program involves a lot of moving parts. Demographics. Data. Design. Delivery. Even with the advent of social media advertising, there are lots of potential pitfalls for business owners. But the social media advertising team at 360 PSG stands ready to develop, execute and evaluate an advertising plan customized to get your company more sales. To learn more about our team, our experience and our approach to advertising in the 21st century, get in touch with us by filling out an information request form and someone from our marketing team will be in touch shortly.