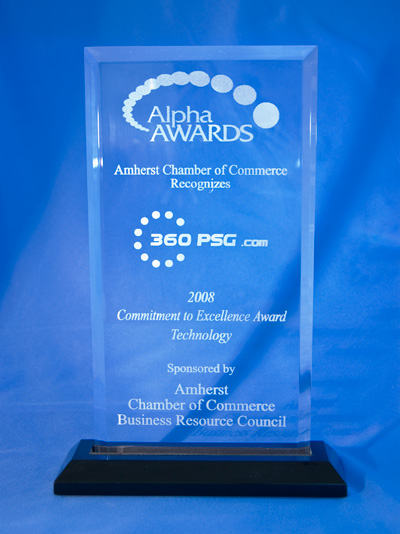 360 Professional Services Group accepted the Technology Award Monday evening at the Amherst Chamber of Commerce 2008 Alpha Awards.  Recognized for their contributions in the community with exceptional progress, growth, and innovation in the field of technology, 360 PSG President and Managing Partner Joel Colombo accepted the award on behalf of the company.

Jacquie Walker of WIVB-TV served as Mistress of Ceremonies for the awards held at the Buffalo Niagara Marriott.

The Alpha Award for Technology is a milestone for the young company; 360 PSG was founded in 2005.