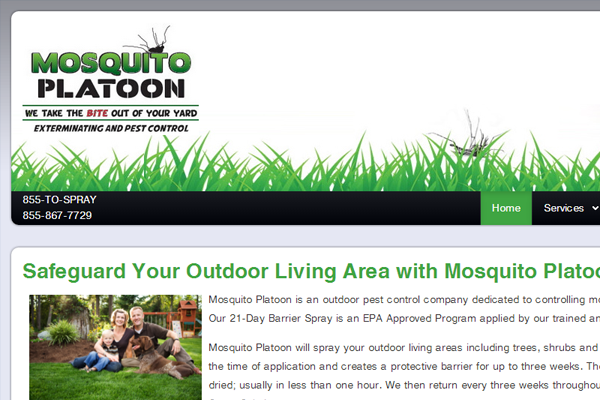 Mosquito Platoon is an outdoor pest control company dedicated to controlling mosquitoes, fleas and ticks in your yard and pool areas. Mosquito Platoon sprays your outdoor living areas including trees, shrubs and foliage, terminating all mosquitoes that are present at the time of application and creating a protective barrier.

Mosquito Platoon's website operates on 360 PSG's newly developed 360 CMS, which includes features such as built-in search engine optimization and social media integration, both of which have the potential to increase search engine ranking and improve visibility online.