Announcing the website for the "4th and Forever" Foundation 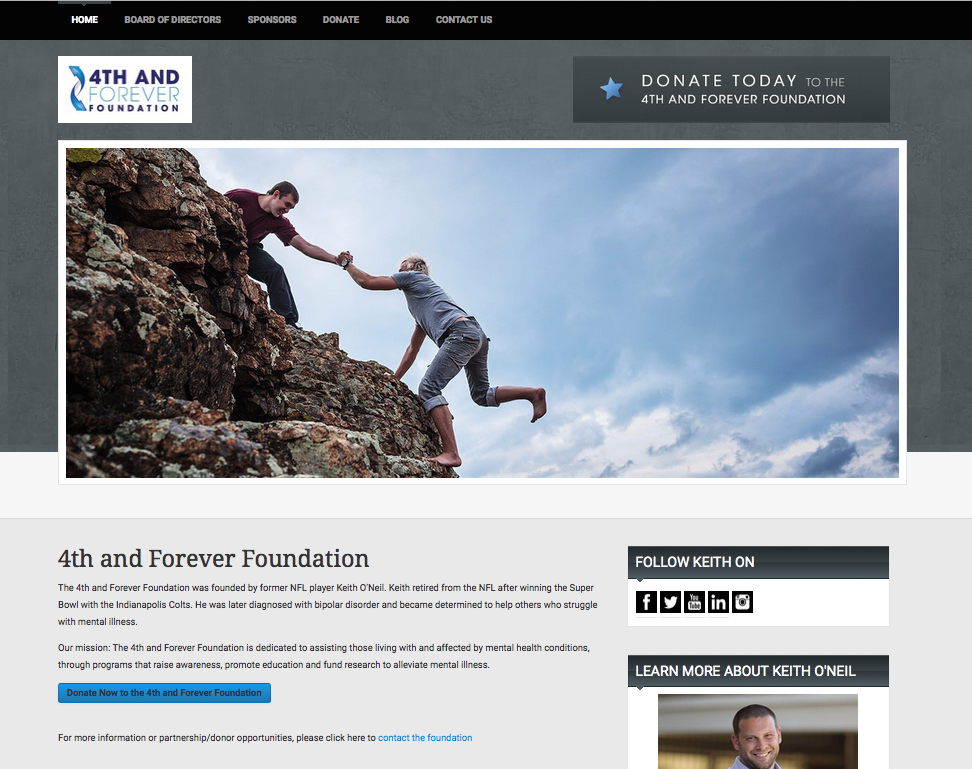 The 4th and Forever Foundation was founded by former NFL player Keith O'Neil. Keith retired from the NFL after winning the Super Bowl with the Indianapolis Colts. He was later diagnosed with bipolar disorder and became determined to help others who struggle with mental illness.

Are you Ready to Build a New Website with 360 CMS? Just Request a Quote to get started!