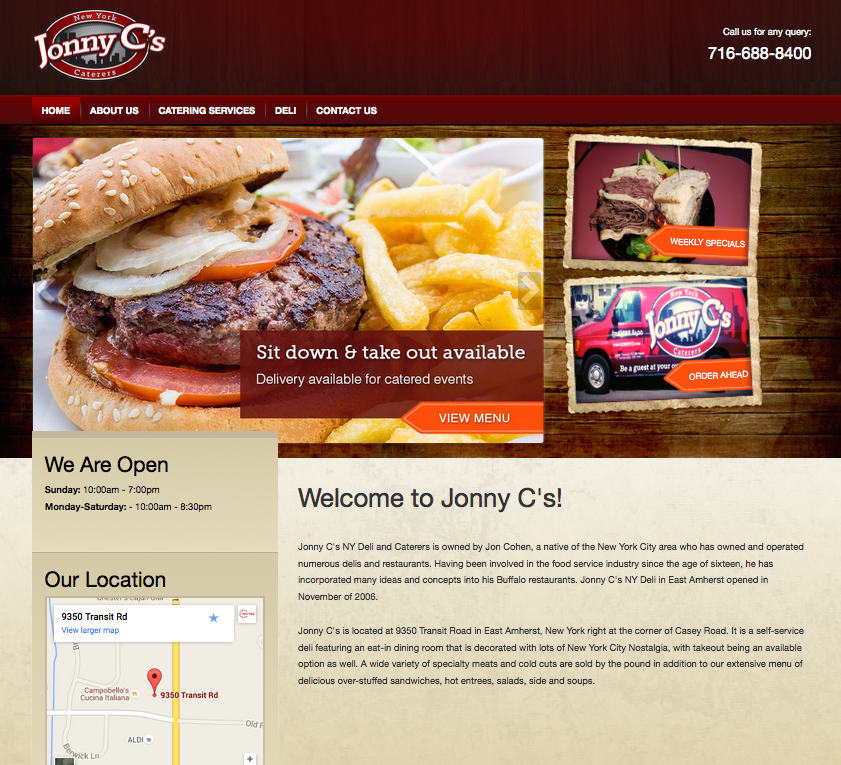 Jonny C's NY Deli and Caterers is owned by Jon Cohen, a native of the New York City area who has owned and operated numerous delis and restaurants. Having been involved in the food service industry since the age of sixteen, he has incorporated many ideas and concepts into his Buffalo restaurants. Jonny C's NY Deli in East Amherst opened in November of 2006.

Are you Ready to Build a New Website with 360 CMS? Just Request a Quote to get started!
Categories: - Web Site Launch -