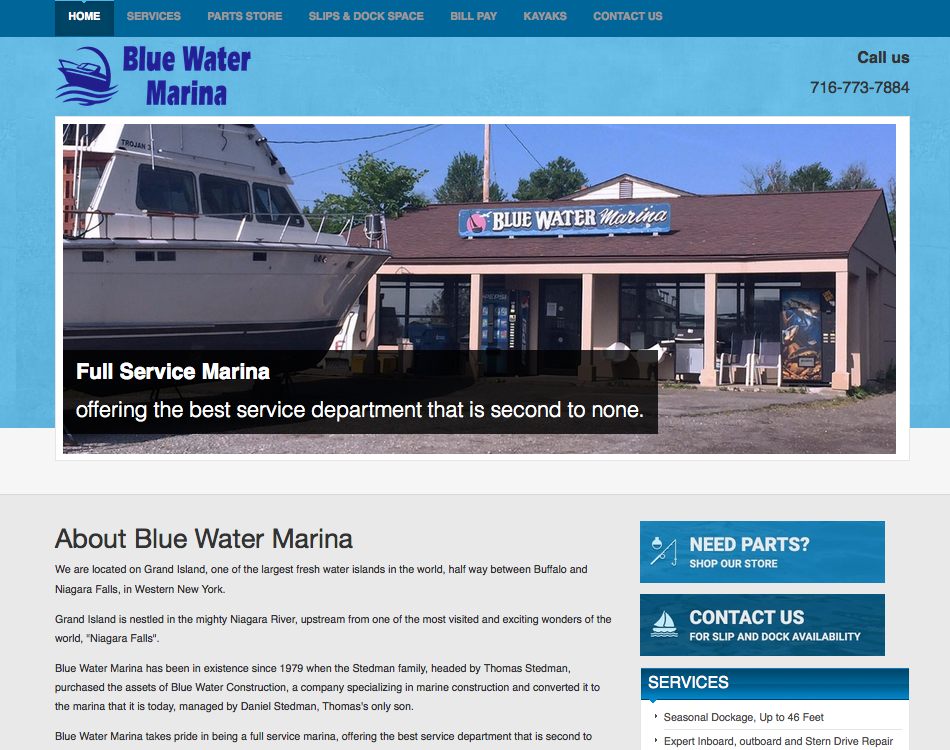 Blue Water Marina is located on Grand Island, one of the largest fresh water islands in the world, half way between Buffalo and Niagara Falls, in Western New York.

Grand Island is nestled in the mighty Niagara River, upstream from one of the most visited and exciting wonders of the world, "Niagara Falls".

Are you Ready to Build a New Website with 360 CMS? Just Request a Quote to get started!
Categories: - Web Site Launch -