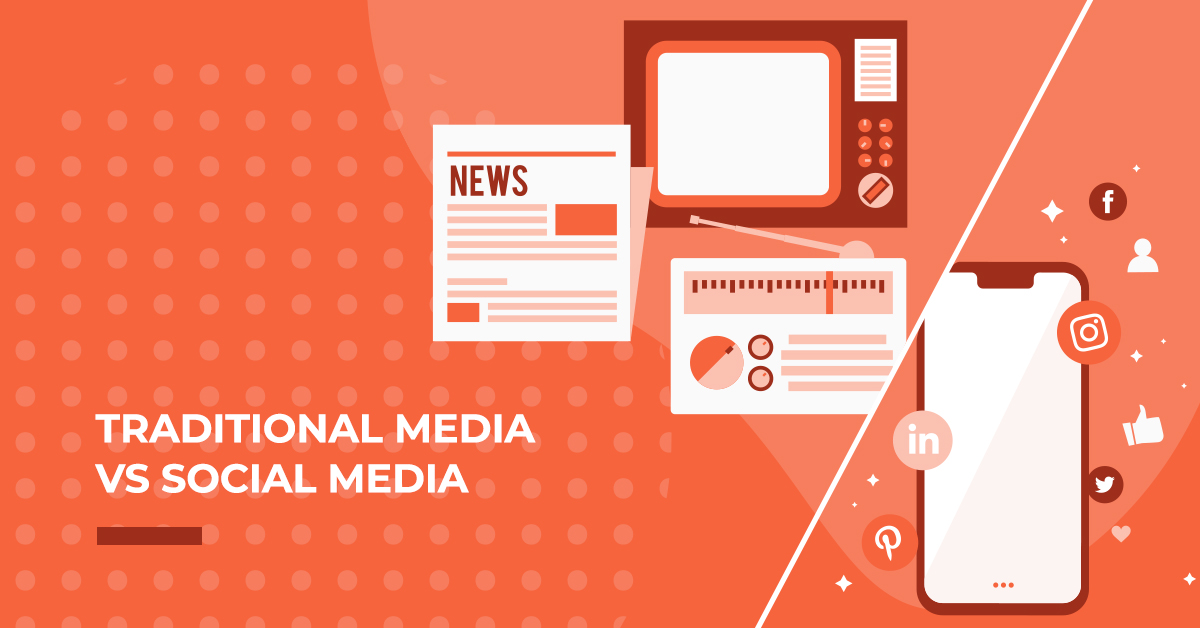 In today’s internet-driven world, we often talk about the “rise of social media,” and how social media marketing has usurped traditional media advertising. In fact, the average company will direct 45 percent of its entire marketing budget to online advertising, with search engine marketing (SEM) and online display taking the lion’s share. However, it would be a mistake to discount traditional media entirely. The truth is, the two work far better together than they do on their own. Here are five major differences between traditional and social media, and when to use each.

Traditional media, by its nature, reaches a broader audience than social media. Social media, on the other hand, allows companies to really target their messages, selecting everything from the demographics and geography of their audience to the time of day when the post will go live. With social media you can create incredibly specific ads that will reach viewers with specific wants and needs, whereas with traditional media your ads can only be tailored to a point. If you’re trying to reach a broad, easily definable demographic, then traditional media is a viable option. But if you’re looking to position your product in front of craft-beer drinking chemists who play the bagpipes, you’ll want to rely on social media to reach them.

One of social media’s biggest draws is its “social” component. While traditional media is a static,  one-way conversation, with the advertiser telling the customer something, social media advertising allows for two-way conversations between the business and the customer. More importantly, social media allows customers to do your advertising for you through organic mentions (when a customer tags your company in a post without prompting). On the granular level, engagement can be measured through mentions, as well as likes, retweets and comments. It’s not enough to just tabulate this data though. As a business, you need to close the loop by responding back to your customers. Companies like Chewy, Pop-Tarts, BarkBox and GoPro do phenomenal jobs of engaging with their customers, especially when it comes to getting user-generated content. Giving customers a space to contribute—be it with cute pet pics or outrageous travel videos—develops brand loyalty in a unique way. You can develop that same loyalty by being sure to respond to your customers comments and questions on social media.

Traditional media is static in another important way as well. Once it’s been created, there is no changing it—and it’s nearly impossible to change the targeted audience as well. With social media, however, ads can constantly be updated and tweaked. You can run A/B testing simultaneously, and then only concentrate on the ad that performed better. You can redirect marketing dollars to a well-performing ad so that it has a larger reach. Sometimes, though, companies are seeking to make a more permanent statement using traditional media. Take for example, the Super Bowl ads. Not only are they coveted slots because of the record number of viewers, but because the creation and presentation of those ads has become an event in and of itself. Budweiser, Apple, Wendy’s, Pepsi and McDonald’s have all used this opportunity to create ads that not only sell products, but ingrain themselves in American culture.

Traditional media has a longer lag time than social media. Production time itself is much longer, and often involves the collaboration of multiple parties. Additionally, traditional media tends to take longer to create. On the other hand, social media posts are shorter, usually meaning they take less time to put together, and can be published immediately. If you’re looking to stay in the forefront of your customer’s mind, simple social media posts are an easy way to do so. If however, you’ve got the time to develop a traditional media campaign, and aren’t in a hurry to reach your audience immediately, then traditional media is a viable option, especially if you’re looking to instill trust in viewers, as 56 percent of customers find print marketing to be the most trustworthy form of advertising.

Of course, that traditional media campaign is going to cost you more than a social media one. Advertising costs are measured using the cost per mile (CPM) metric, which is the cost of 1,000 advertising impressions. While it’s fairly straightforward to measure the CPM for traditional media, social media measurements can be a bit more tricky due to SEO factors, which is why real-world costs for social media are generally considered to be a bit higher than the $2.50 CPM average. However, even taking that into consideration, it’s easy to see that traditional media is far more expensive. For example, the CPM is $5 for billboards, $16 for newspapers/magazines, $28 for local television and a whopping $57 for direct mail. Now for some campaigns, higher costs might be a worthwhile gamble, since 79 percent of households say that they read or scan those direct mailers. Other campaigns are better suited to social media because of it’s friendlier price point.

While traditional media and social media may seem like adversaries, they really aren’t. It’s better to think of the two types of advertising as complementary to each other. Smart choices about media will help get the right message to the right customer. If you’d like to talk to us about your marketing needs, please reach out to us.